Sunday July 23rd. GOOD MORNING! With a grand total of about ten hours sleep over the course of the last week, we took the easy way out. We opted to change the convertor and the transmission! Charlie from ATI brought down three different units designed specifically for our combo and we need to tighten up the flash a little. We also wanted to change the trans because the pump was whining like a little bitch. Again, everybody pitched in to make the job easy.

When Rich came around to greet us, we tried not to show our obvious fatige.

We had a 10 PM call which gave us plenty of time to finish the job and make a No Time hit to make sure all systems were working. After scrambling to diagnose a hard starting proplem and generally crappy sounding engine (the trigger wires were accidently swapped giving the engine an extra 10 degrees of timing) I have never been so excited over a single pass as I was when the old Camaro made it from A to B without puking out any parts. We had decided before the run that the fuse was only 1000 feet long (remember, it was junk!) and we were satisfied to see it ran a quick (very) ET. We did have a little issue with the trans not shifting into second gear on time but.....

We were about to relax a little when Steve Pullin, the Director and head guy in charge (With Rich) told us that we were moved into the earlier time slot, I objected strongly. After our first negotiation, we decided that 9:30 PM was best.

When you put New York racers into a situation where pride, money and general bragging rights are on the line, you have got to expect some trouble. We didn't get our "Bad Guy" reputation by backing down or being passive. We did get our "Good Bad Guy" Rep by know how to handle the situation at hand. Things got ugly.

When the race itself came, everything started to move very quickly. I made Andy Harris the negotiator after I was informed that I would have to wear a wire, even under these conditions there was no way anybody was going to put a wire on me! The final OK still had to come from my mouth.

A note here, there wound up being about fifty people on each side of the area designated for negotiation. When you consider that the Pinks guys only allow ten people to be up there from each side, it should give you a pretty good idea of the chaos that ensued. I personally had a hard time getting into the circle. This meant that I couldn't hear or see all of the action/comments. This is why it was a wise choice to have Andy up there. I knew he could handle the negotiations while I tended to the car and driver between rounds. I hope that the editing shows the intensity that both teams showed, it was unreal.

With two wins and two losses we felt that a heads up race was what we needed to stand a chance of winning. The track temp had gone way down, the air temp itself dropped about ten degrees and I was afraid the car would not hook. Well, after a 52 minute standoff where neither LandysPerformance.com or the .NetBoyz would budge, I congratulated the competition BEFORE we ran the final round because I knew we could not win. If we had just hot lapped a heads up pass, at least it would have been a race. At tha hit, we spun and that was that.

There are way too many details to go into here. We lost. They won.

What Landys Performance accomplished in less than five days could not be done by anybody else any better. We took a true Muscle Car and built a tradional proven Big Block Chevy with spare parts. The amount of work it took to build the car is staggering. The car ran flawlessly. Steve drove good, especially considering he had NO runs prior to the race itself. We didn't get any practice runs on the car and,the car hadn't been raced since God knows when. Nate asked me for a car that would perform in a certain ET range and I bent over backwards to get him what he asked for.

I want to thank all of our sponsors for helping out. I will have a whole page for you guys ASAP

All of the people from Pinks TV. Rich, Steve, Jack, Nate, Stephanie, Kevin...all of you guys were great!

Most of all, the people who let us fulfill their dreams by allowing us to what we love to do, and get paid. Our customers. We have the best client base in the industry. Without my customers faith, none of this would have happened. Thanks!

Thats about as far as I will bring it today. I hope you enjoy the reading and the pictures. I will post more before the end of the week. 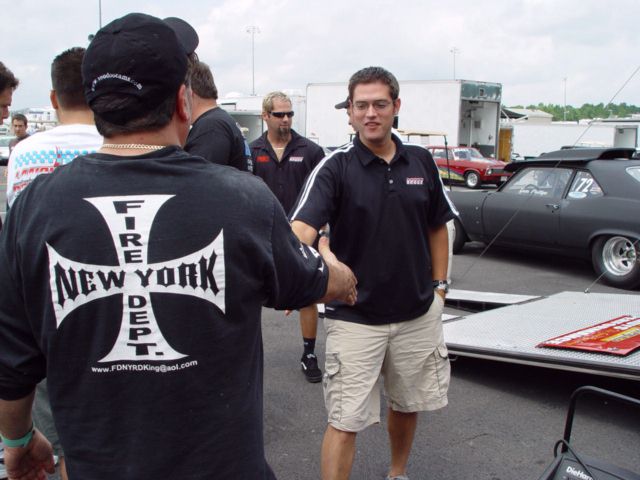 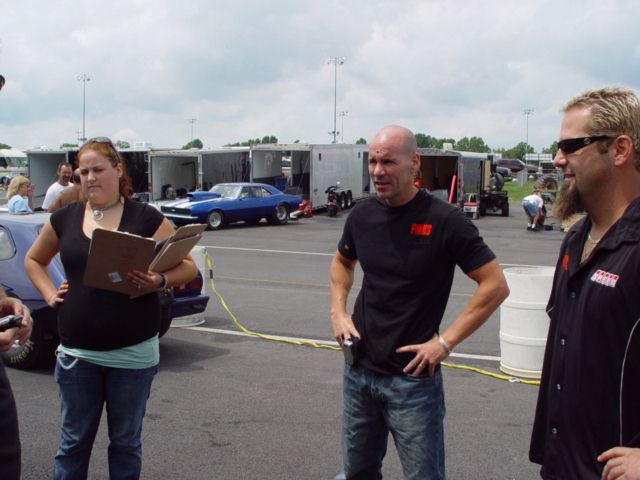 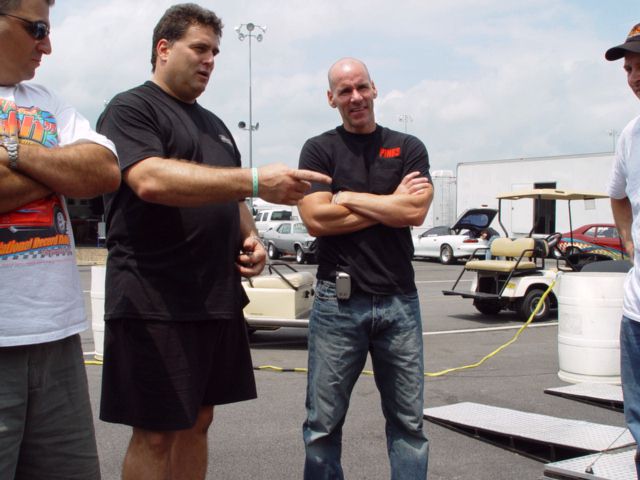 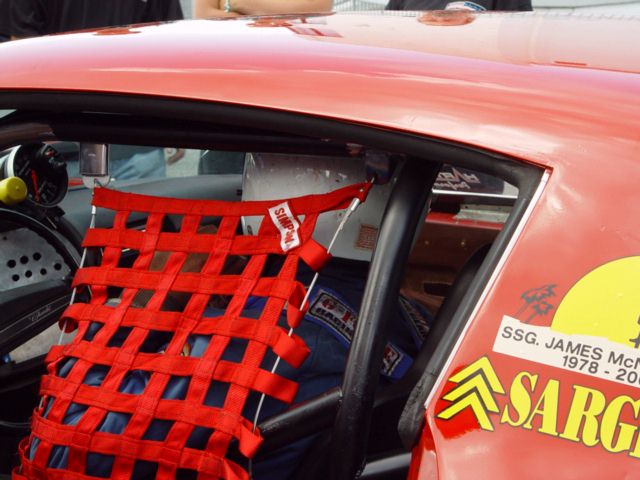 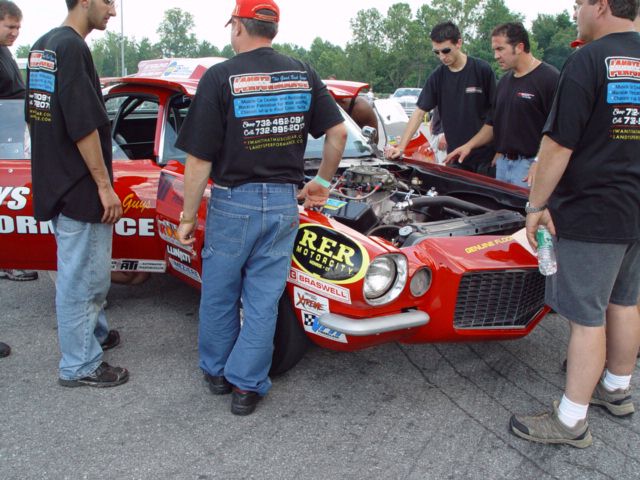 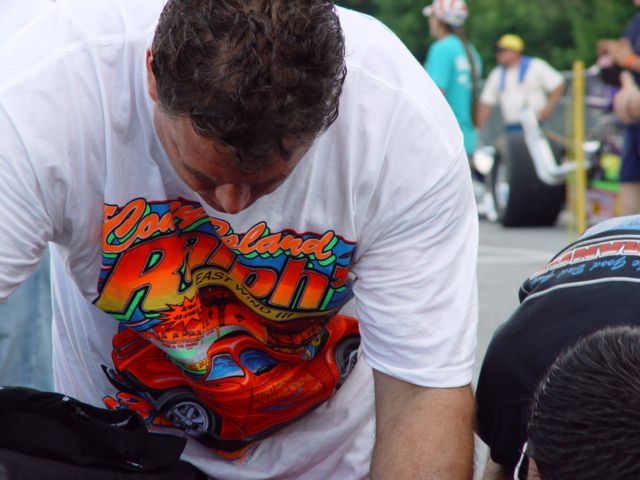 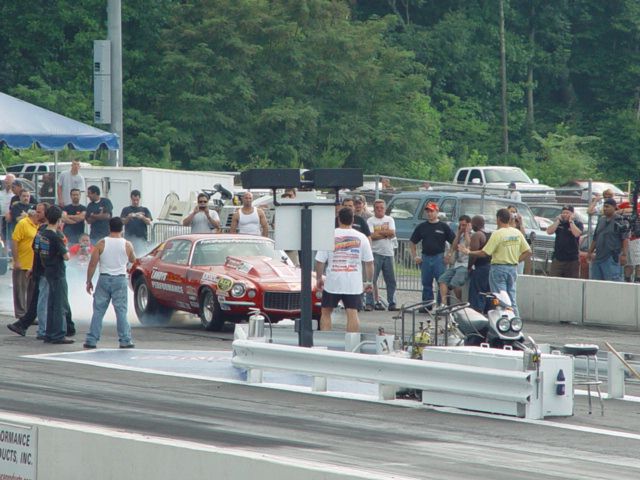 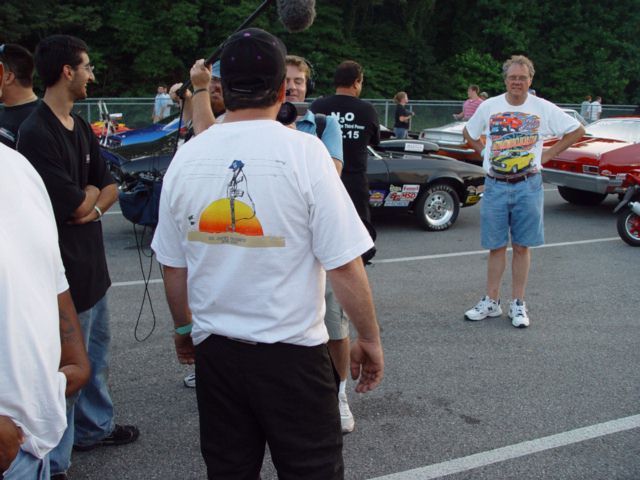 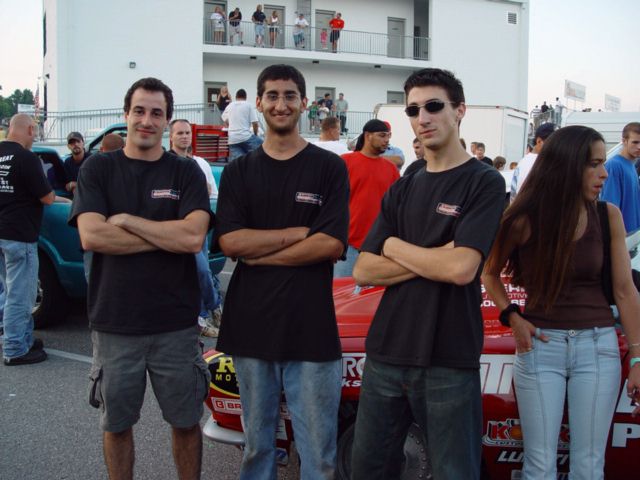 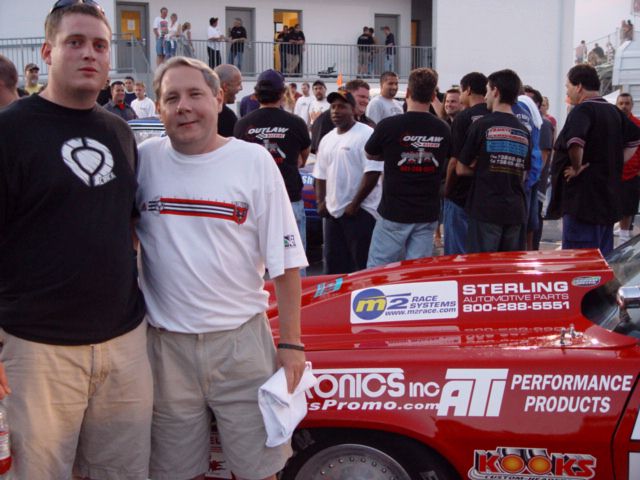 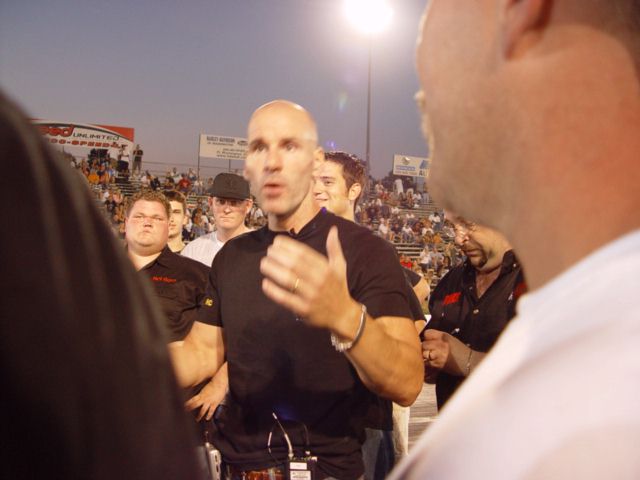 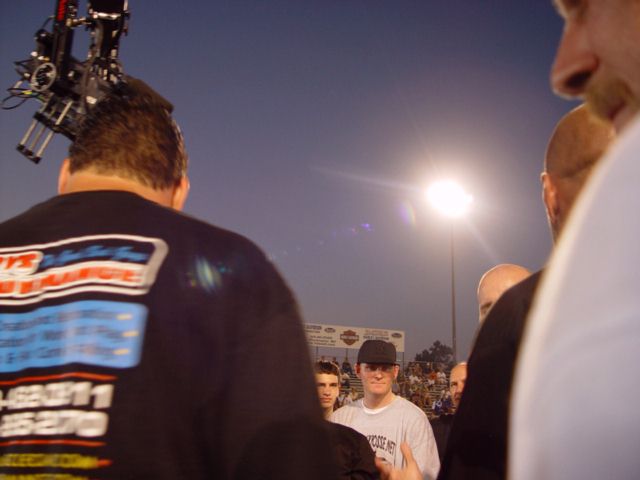 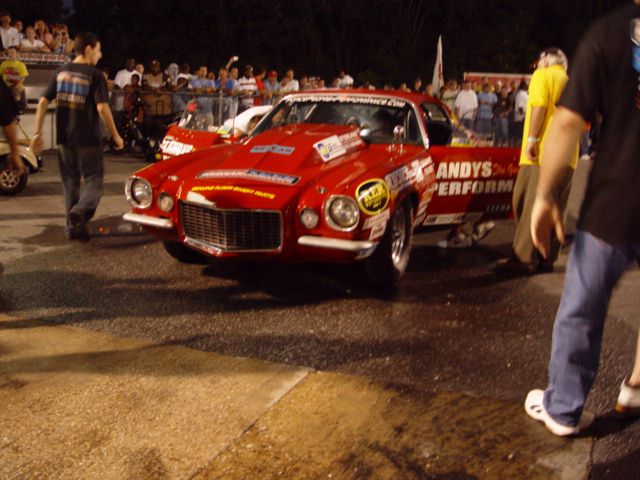 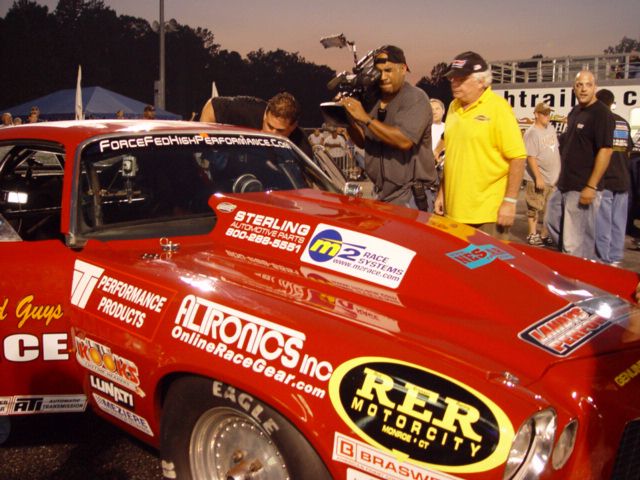 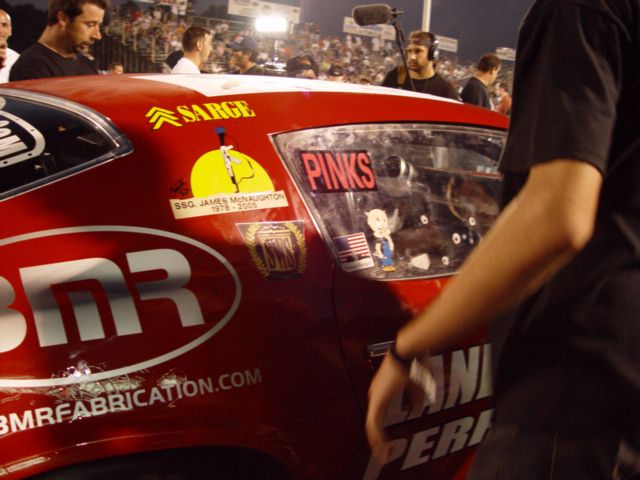 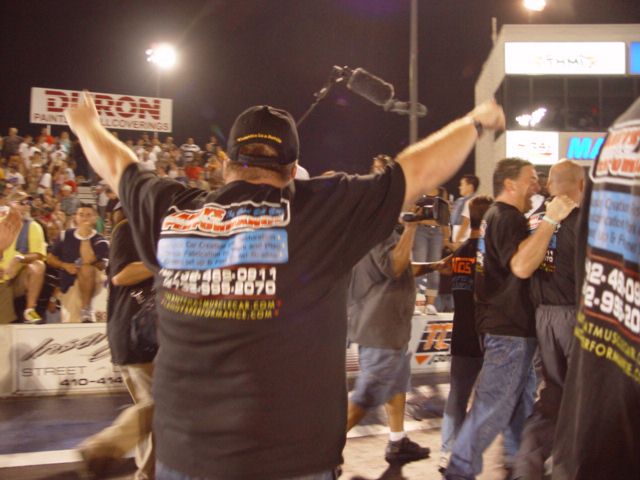 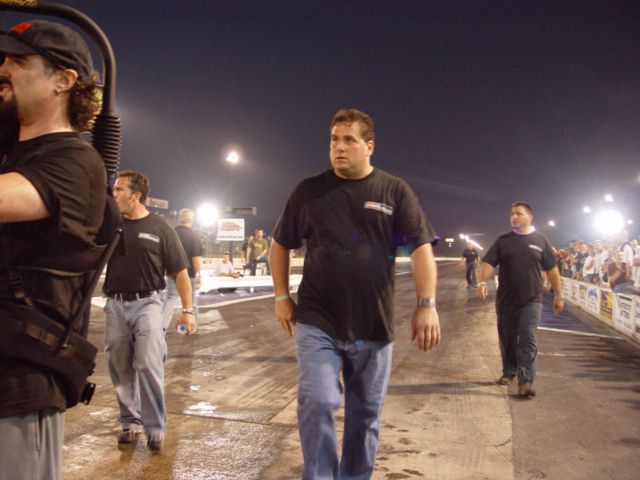