How many of you have seen the movie Frankenstein? Well, Landys Performance took five days to build the car you see below. This car has been a racecar all it's life. An Old School SRD style back half with a narrowed 12 bolt, pieced together rails with pre-historic Ladder Bars and Rotators.

The 1970 1/2 Camaro was almost too bad to even think about making it run. At all. What we accomplished in the end was a car that turned eight second quarter mile times for five runs in a row. Unfortunately for us we were on the wrong side of the win column by one race....I'm getting ahead of myself. Let's start from the beginning.

It was a hot day in July, just a few weeks ago. One of my customers had called earlier in the day and planted the thought of me building and racing a car for the Hit TV Show, PINKS! I quickly nixed the idea for reasons ranging from being too busy to not believing the show is real. Then my buddy Mark showed up.

While sipping on a cool 80 proof beverage in my office (after hours) talking about Marks 1967 Chevelle build, one of us of brought up PINKS! again. Well now that we were a little tuned up, we quickly pulled up the PINKS! website www.pinks.tv and filled out an application. Life would never be the same. Almost immediatly I got a call from the shows casting director, Nate Pritchett. We went over some basic guidelines and I started my search. I needed a cheap, rolling chassis that I could stick one of the Landys Performance proven combination 454/N20 combos. We make about 1000 HP with stock parts with this setup, we were looking at 9 oh's. I knew what needed to be done. I was sure it could be done. All I had to do was get it done.

I had a line on a 1979 Monte Carlo my friend Sal has been racing for about fifteen years. At the last minute, the deal fell though. This was Thursday, July 13th, the day of my 42nd Birthday. No car, no complete engine and to add insult to injury the PINKS! guys were coming to my shop to shoot some behind the scenes footage on Saturday. Well, when it's meant to be, the pieces fall into place.

Friday morning, July 14th the shop phone rings. It's someone looking for my Dad. This very rarely happens. When I asked the caller to identify himself, he simply said "Steve". Well, me being me....the converstion went something like this-"Steve? Steve who? It's Steve, I want to talk to Ralph. About what? I need to ask him a question....about what? Adam, you know me, it's Steve......you know Porky!....Porky!? I didn't even know your name was Steve! " To make a short story shorter, Porky had a line on a 1970 1/2 Camaro and him, being the owner of RS Competiton Engines certainly had a Big Block for me to use. SEND IT NOW! I eagerly awaited the arrival of the car which showed up Friday night at about 7.00 PM. It was a disapointment on so many levels. I opened the front and back door to my shop and pushed the car THROUGH my shop and outside, knowing that if any of my customers saw that Rat Trap, they would certainly ask for their money back! 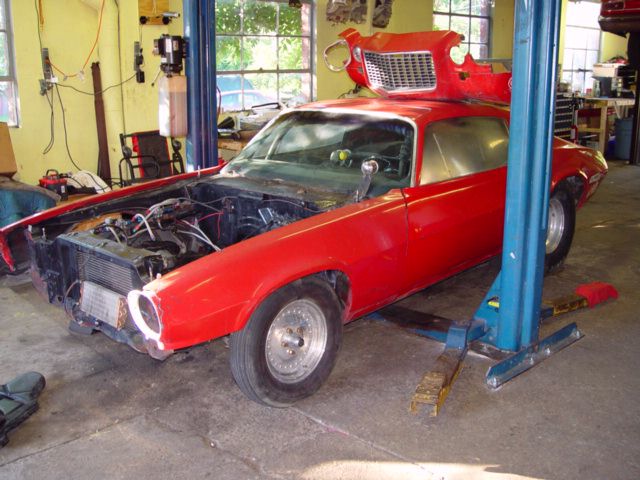 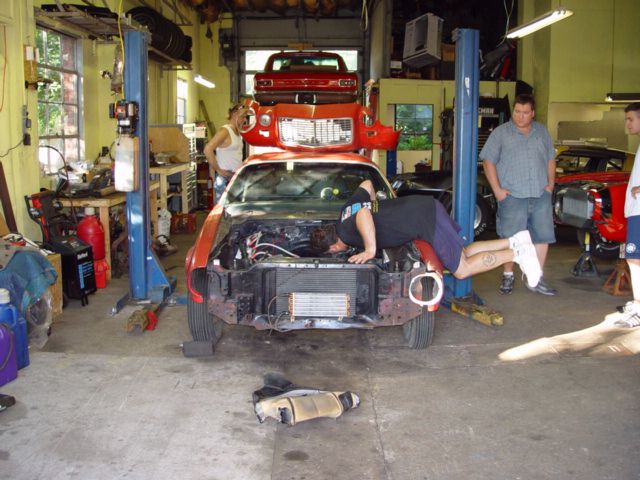 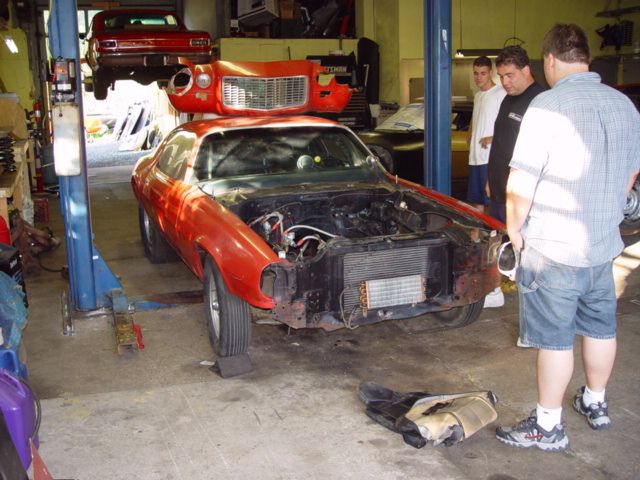 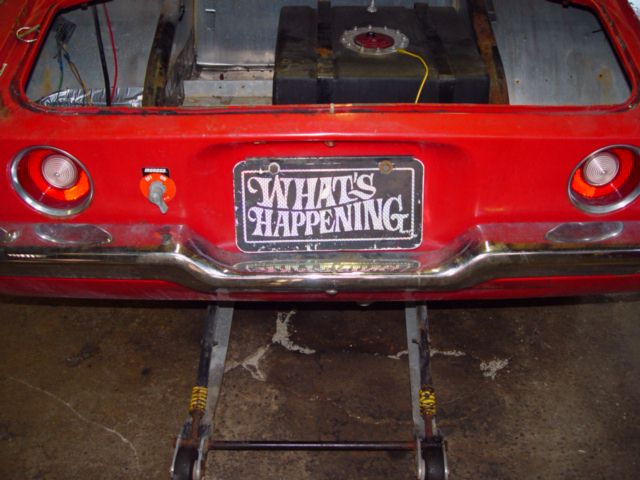 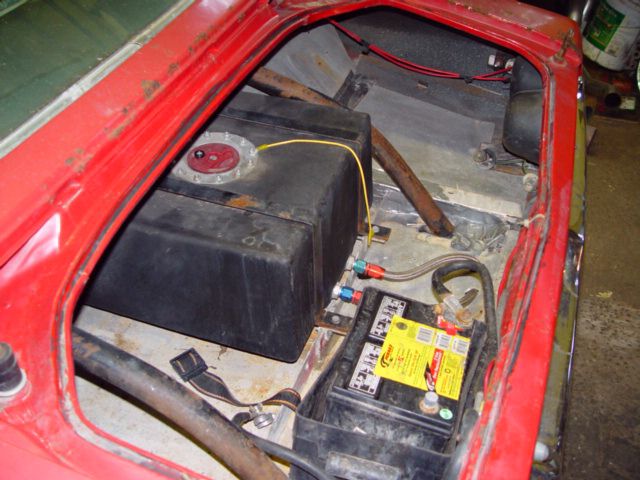 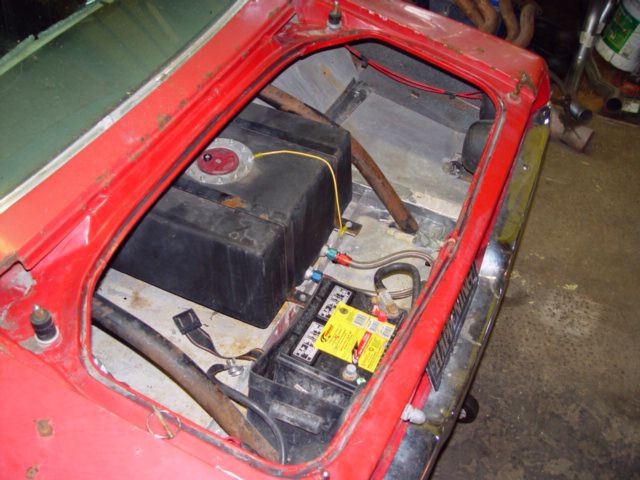 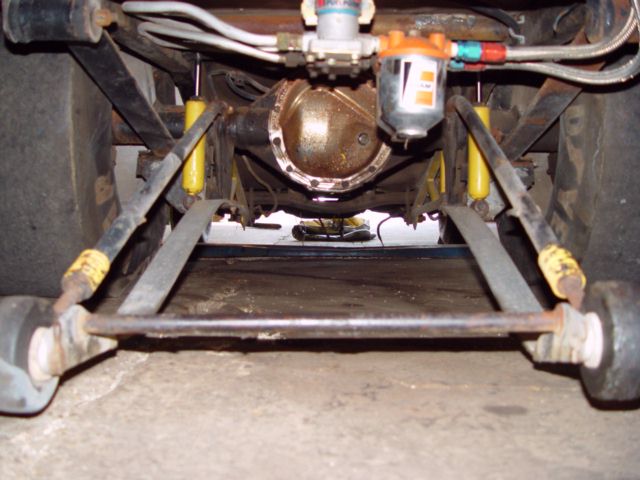 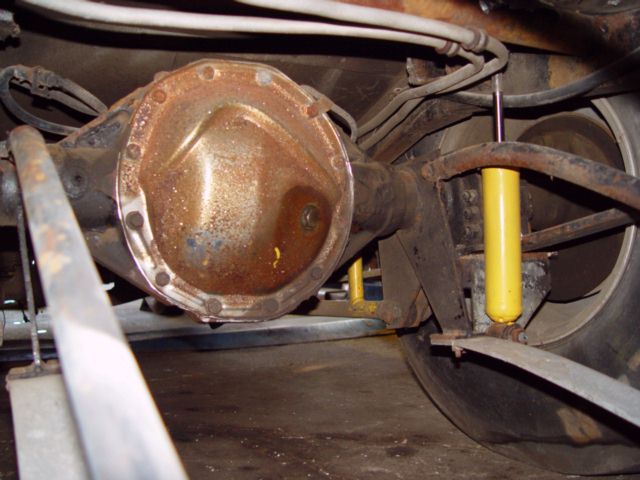 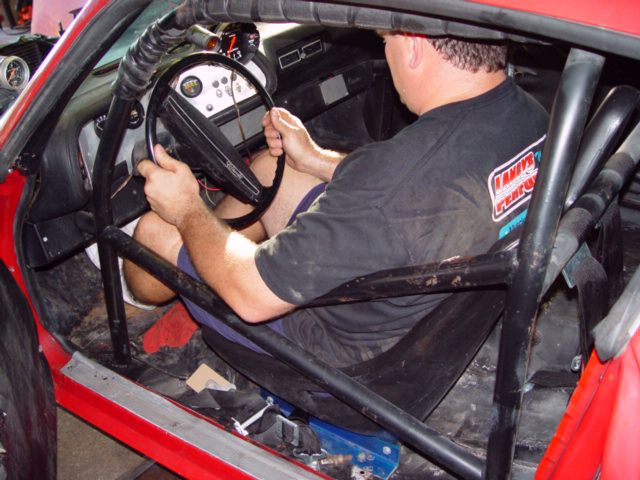 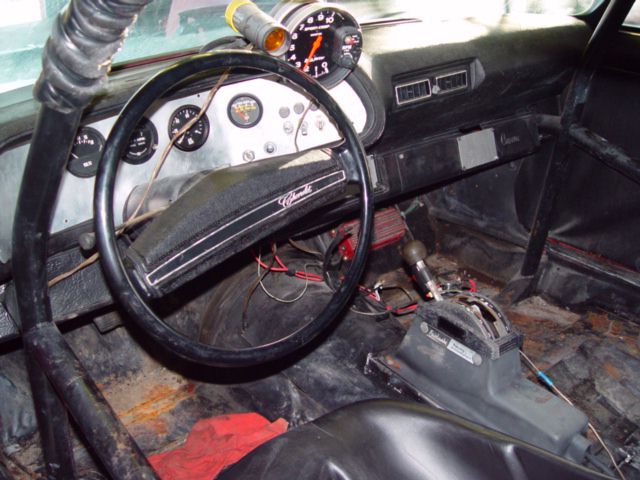 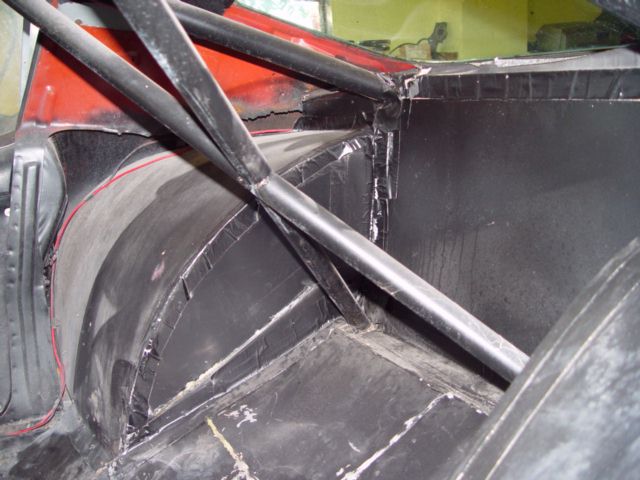 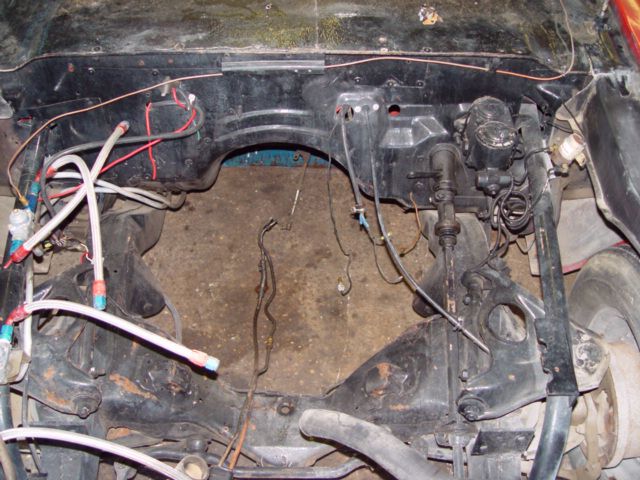 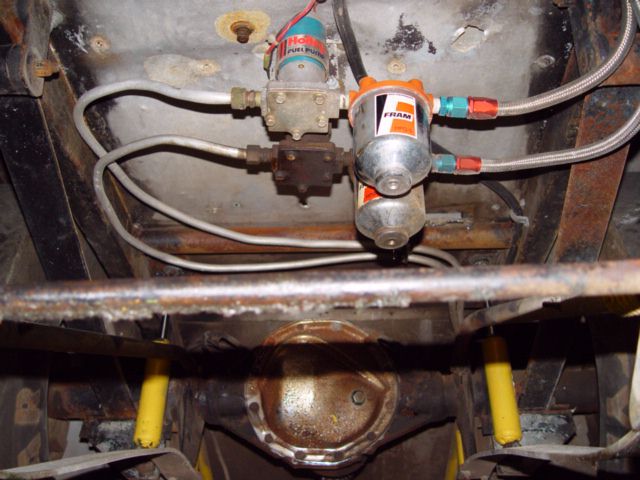 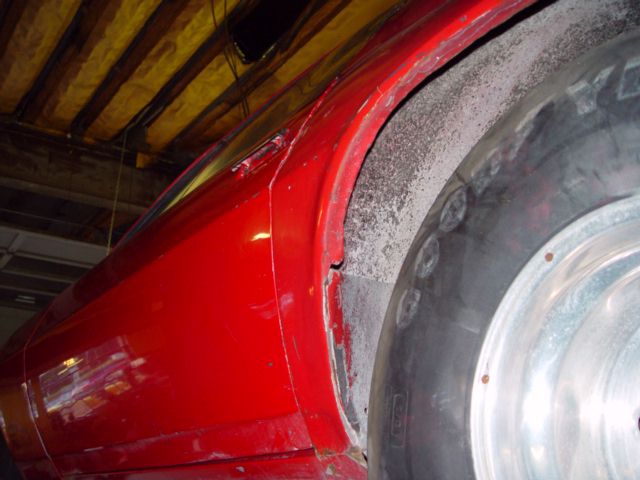 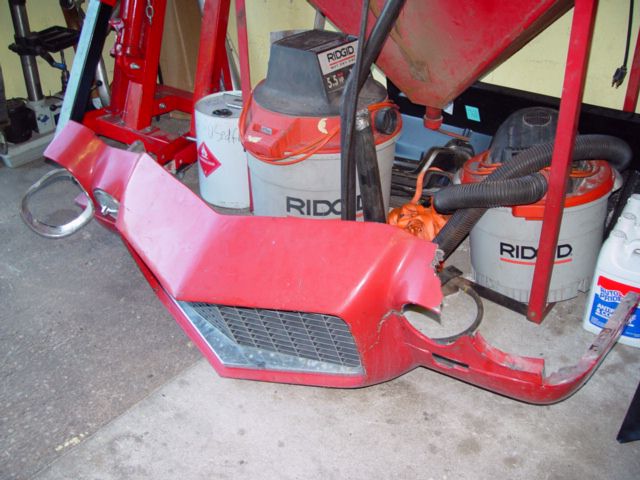 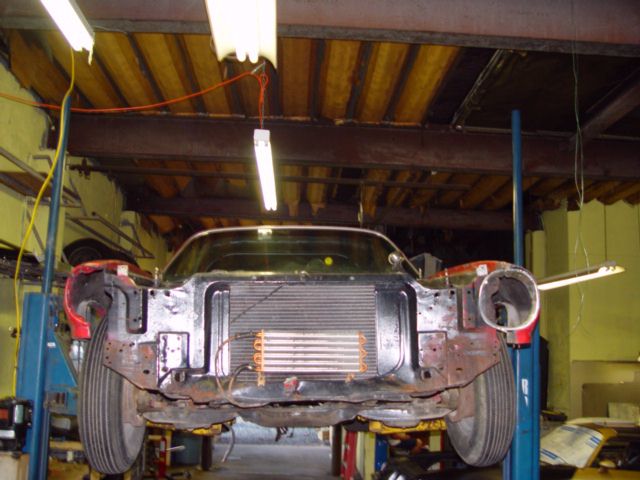 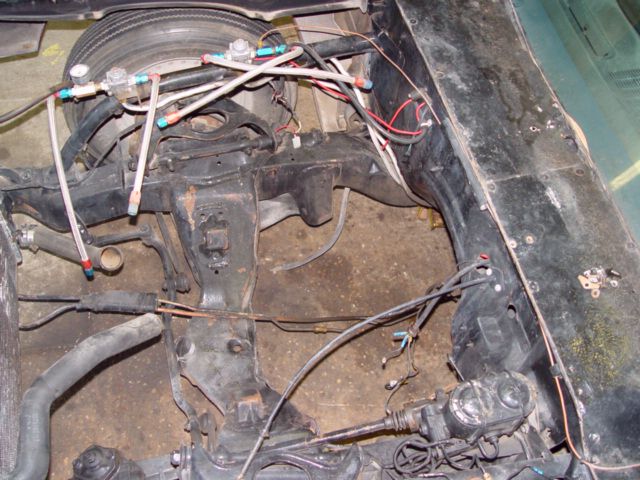 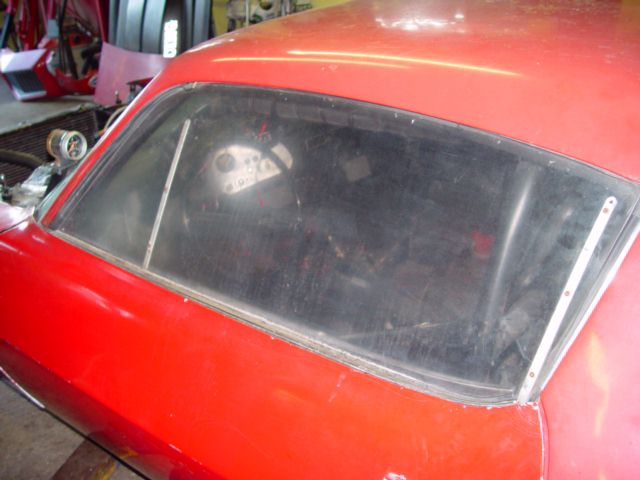 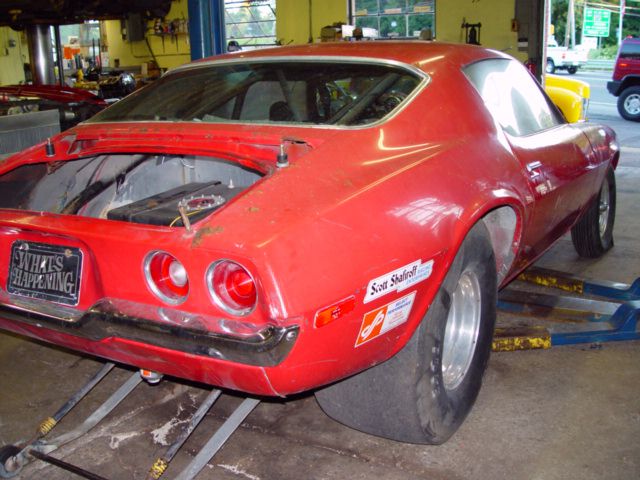